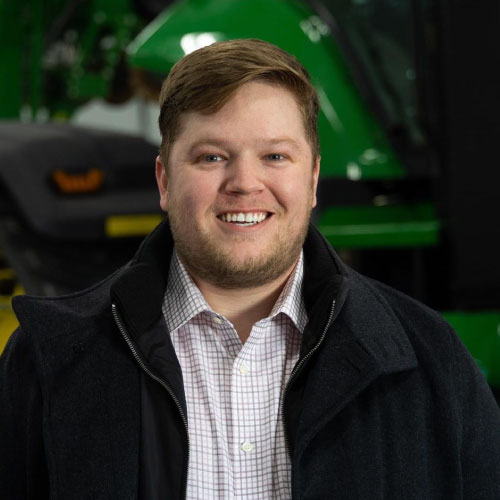 I was born and raised on my family’s farm in Moulton, Iowa. I spent my summers and weekends doing chores, feeding and working cattle, fixing fences, and doing any job that needed to be done.

After high school, instead of staying on the farm or going to a university, I decided I want to make a difference in our state by getting involved in politics. Over the years I worked on campaigns to help elect conservative candidates up and down the ballot.

In 2017, I worked for President Trump in his administration at the U.S. Department of Agriculture. There, I was assigned to the Food, Nutrition, and Consumer Services Agency where I was tasked with finding ways to stop fraud, cut spending, and streamline the bureaucracy.

Recently, I served as deputy chief of staff to Congresswoman Mariannette Miller-Meeks and helped lead the fight to stop House Speaker Nancy Pelosi from stealing her election and overturning the will of the people of Iowa.

But of all the jobs I’ve had, the most informative and valuable work I’ve done was on my family’s farm.

It was there where I learned the value of a dollar, the importance of working hard, and that when there is a job to do – there is work to be done.

Listening, working together, and treating one another with respect is how we do things in Iowa. Sadly, the radical left has abandoned those ideals.

They have chosen cancellation and censorship over debate and engagement.

They believe that inflation is transitory and that our local law enforcement is inherently racist.

They believe that the government should be involved in every aspect of our lives but yet, parents shouldn’t be involved in their own kid’s education.

Now more than ever, we need leaders in Des Moines that not only know how to fight for the people of Iowa but win those tough fights.

Over the last eight years, I’ve been doing exactly that. I’ve worked to elect conservative candidates up and down the ballot, worked for and fought for President Trump in his administration, and helped lead the fight to stop Nancy Pelosi from stealing an election.

Now, I am running for the Iowa House of Representatives to fight for the people of southern Iowa.

If I’m given this opportunity, I will owe this privilege to no one but the people of House District 26. No politician, no donor, and no special interest group will control my vote or influence my commitment to the constituents I represent.

I ask you for your vote and your support in the June 7 primary. And make no mistake about it, I will fight and win for the people of southern Iowa!